Have you seen a Vampire that, instead of burning down to ashes like a normal vampire is supposed to according to many movies, you sparkled in Sunlight? Well if not than you have not seen Twilight (New Moon), the name New Moon is a good pick cause when you make Vampires sparkle and glow in sunlight instead of burning them down to ashes, you feel rather disgusted. Not saying Vampires exists in real life, but still come on I had this notion that Vampires cannot face sunlight, unless you are “Blade”. So, last Friday, all the sudden out of nowhere few of my friends decided to go to “New Moon”. Since I had not even seen Twilight the first movie, I was iffy if I should go or not.  I realized I had movie somewhere on me lying around from few months back or something, so I was like what the heck, let’s just watch the first one before we head out to New moon, got home, quickly ate supper, put movie on, because new moon was not till 10.00pm anyways.

Sitting there watching Twilight I realized that the storyline is rather weak and odd for a vampire type movie, but it was too late, cause tickets to the movie  were already purchased (6$ so not a big deal). At 10 we meet up in the theater, are bored to death by the 30 minutes infomercials and trailers for new movies coming out, which did not look too great!!  Movie starts off where they left it in the first movie, from the next day that is of prom night. The vampire dude” Edward” aka Robert Pattinson invites “Bella” aka Kristen Stewart (She is pretty I must say) over to his house for Bella’s birthday party. At Edward’s place Bella magically gets a nice big paper cut while opening her present, and Jasper Whitlock aka Jackson Rathbone (real name) almost tries to eat Bella alive cause of his addiction to “blood” duuh !! What a junkie!

Edward’s family manage to stop Jasper from making Bella his meal on Bella’s birthday, but both Bella and Edward get shaken up and to avoid anything bad happening to Bella and to keep her safe, Edward decides to dump her and his entire vampire family moves away to different place.
After that there is like about 10 – 15 minutes of basically nothing!! Bella starts talking with Jacob (the ware wolf) and few more boring minutes pass building a bike and stuff, Bella gets visit from old vampire friend that is trying to kill her. Story from there forth, just revolves around Bella the entire time, well the whole freaking movie is all about Bella with lame acting by Edward and mediocre acting by Jacob.

Same old story as one would expect, there is 1 girl 2 lovers, the girl loves only 1 of them hence, other one just sits on the sideline not able to anything about it. Action in the movie is alright whenever there is any. But overall to be frank here, the acting, storyline kind of sucked. Maybe the animation and effects were alright (not superb) that alone does not cut the mustard. The movie is built up “Hype” and good marketing I would say. If I were to choose between “Paranormal Activity” or “New Moon” I would definitely pick Paranormal Activity, for it is short and does not stretch. I am sure Twilight will come up with another part that will be continuation of “New Moon” for they still have not turned Bella into Vampire!! Dammit she wants to be vampire so badly why not just let it be, get it over with and end the movie!!

I am sure I did not enjoy watching the movie, wasted my 6 bucks to watch sparkling vampires, but hey that’s just me, go ahead and watch it for yourself and see if you enjoy it or not. I rate the movie 4.5/10 if not 1, due to bits and pieces of action and 3d animations. When I go for a movie, I want to watch one with a strong storyline and one that keeps you interested and awake. 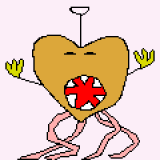 I do not know Bella was alright, but come on Edward ? Did you find his acting any good ?

Kristen Stewart is the perfect “Bella” .. All around the character casting was perfect, everyone had so much so much angst that they fit the story perfectly